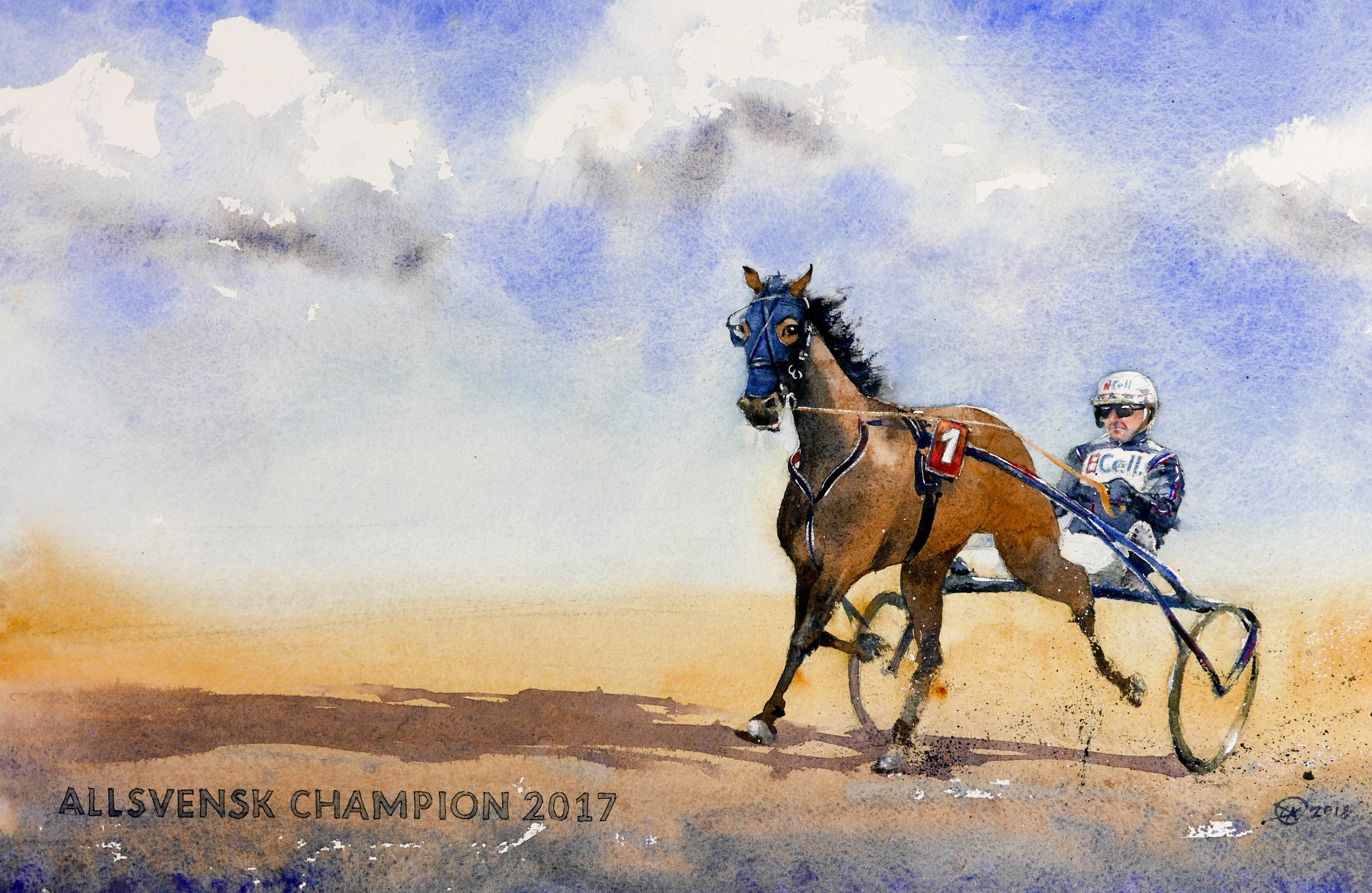 Last week  I was in the groove and producing some half decent art when suddenly a commission dropped into my email account. It was from the Swedish Trotting association. I was asked if I could produce a portrait of Ulf Ohlsson it was to be a prize for  best Catch-Driver award. I had painted him the year previous, I guess they were happy with my effort. Well, I’m a hungry artist (That’s a lie, I’m a bit over weight.) so I accepted the challenge of painting the portrait in just a number of days, actually I had only one day as I had other commitments before the deadline which was last Saturday afternoon.

So Friday morning I start working on it, I decided to paint 2 watercolours at the same time, both identical but one being smaller (quarter sheet). This would be my test paper so that I could avoid mistakes on the larger final version which was a half sheet in size. I understand many of you have no idea what I am talking about, “What do he mean, half sheet?”, so I’ll add an *explanation at the bottom of the page. Anyway, I decided to have him sitting behind a horse this year so it wouldn’t be too similar to the previous one. After sitting up all night I was actually quite pleased with the result, it’s not perfect of course but considering the time constraint I was pretty content. Saturday, and one o’clock came along and I jumped into my car at drove to Solvalla Stadium to deliver the portrait before the deadline. The person who had ordered the painting wasn’t anywhere to be seen, turned out he was on a flight to New York. I was a little anxious but in the end I found someone to hand it to. I told them it was to be presented to Ulf after the 4th race and then I returned home. I have no idea if he liked it or if he even received it. A bit of an anti climax really. Still, the client was happy and I am sure in the future I will find out if the champion Catch-Driver liked his portrait. He has two now, poor man.
*Full Imperial 30″x22″ 76.2×55.9cm
Half Imperial 22″x15″ 55.9×38.1cm
Quarter Imperial 15″x11″ 38.1×27.9cm 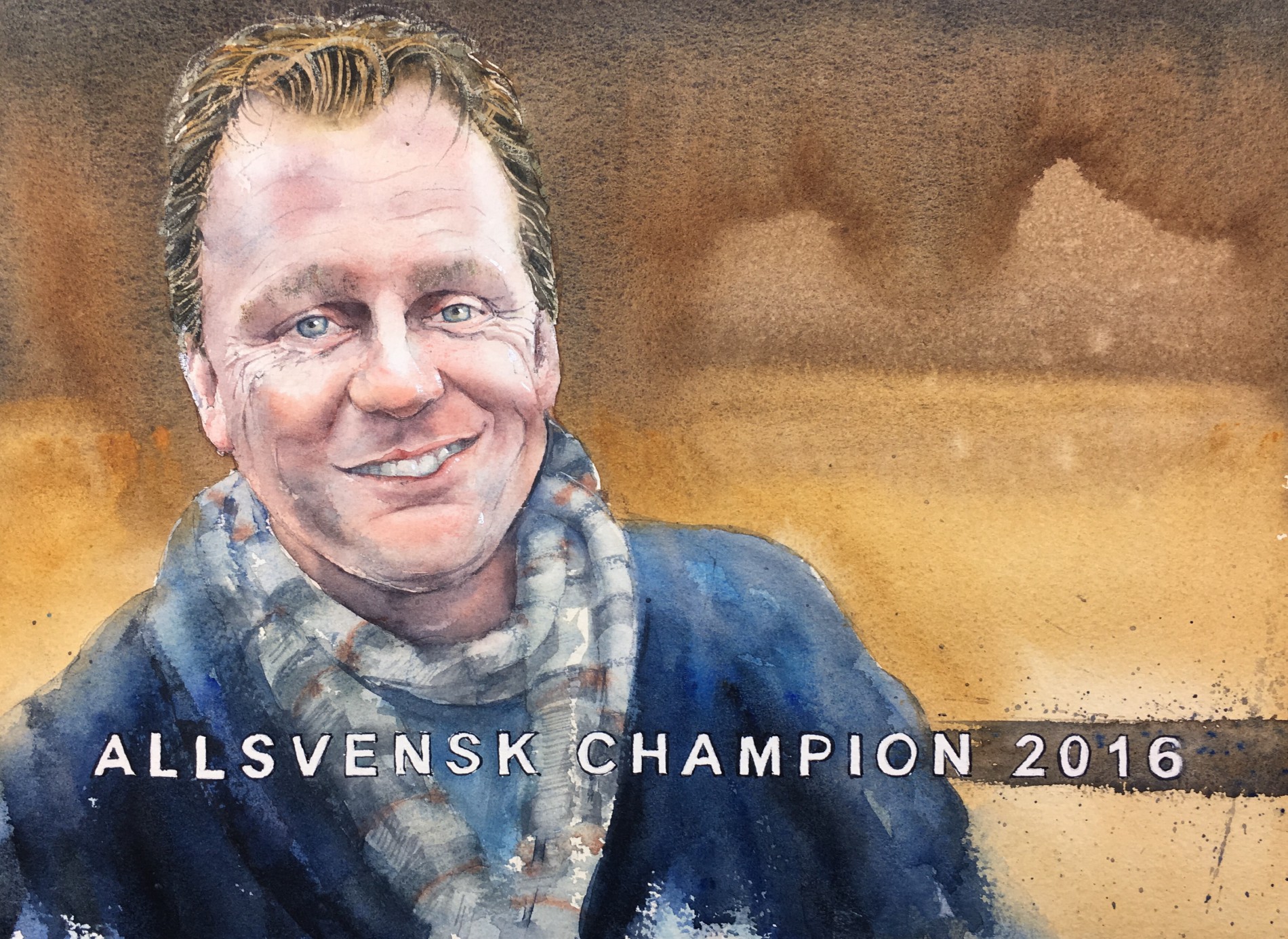 A commissioned work. I am not used to watercolour portraits so this was challenging. I had three days to paint it, it was a good experience, I learned a lot.
37 x 27 cm

My name is David Meldrum, I love painting watercolours. Another passion I have is life drawing, I run a class called Meldrum Kroki. I was born in Ireland but since 1990 I have lived in Stockholm, Sweden.
You can join the Meldrum Art supporters club, visit my Patreon page by clicking the link below.
(Thank you! 😀 )
www.patreon.com/meldrumart

Archives
%d bloggers like this:
We use cookies to ensure that we give you the best experience on our website. If you continue to use this site we will assume that you are happy with it.Ok